How Long Does It Take to Resolve a Sex Crime Case?

This is a good question because once people get arrested and have a court date, they want to know how long their misery will be.

In other words, how quickly can they get done with the case?  Of course, it depends on what you decide to do.  Are you going to fight the case and take it to a jury trial?

As I make this post, all jury trials are suspended in Los Angeles county until at least the beginning of April.

They're eventually going to come back, though, and if you read this post after that timeframe, you can usually get to a trial jury, realistically, about four to six months. 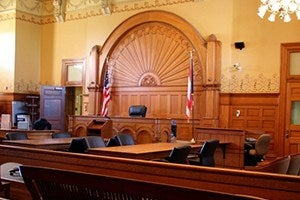 Usually, if you want to speed it up, you can get a sex crime case in Los Angeles county dealt with in four to six months.

If you're going to try to resolve it, that may take a little longer.

This is because the courts and the prosecutors, especially right now, have a lot of overflowing cases because of all of the issues based around the COVID-19 pandemic.

But usually, you should be able to resolve a case within four to six months, assuming you can get everything you need and that's something that the client wants to do.

Usually, what I'll do in a sex crime case in Los Angeles, is put together what we call a mitigation package if we're going to try to resolve it. This is where I give the prosecutor:

We're going to try to paint a good picture of you so we can get you the best possible outcome.

Another thing that could impact how they deal with you is whether or not the alleged victim thinks that you should go to prison, for example, and their position related to the case.

There's a whole bunch of moving parts in a sex crime case; that's why it's so crucial that you get someone who has handled sex crime cases now for almost 30 years.

You've come to the right place.  My name is Ronald Hedding.  I've worked for the District Attorney's office, I've worked for a Superior Court judge early in my career in the

Then in 1994, I opened my criminal defense practice, and I've been defending people charged with sex crimes now for almost 30 years, with a great deal of success.

What I typically have you do is come in, in the privacy of my office.

We go over everything and start to decide exactly how we will handle the case.

Whether we're going to investigate it and fight it, or whether it's something we're going to be doing damage control — getting together that mitigation package that I talked about.

How Long Does It Take To Investigate A Sex Crime?