How Can Prosecutors Prove Pimping & Pandering Charges under California Penal Code 266h & 266i? Pimping and pandering have changed throughout the 27 years I've been practicing criminal defense.

Usually, when you see these cases filed, you're going to see a situation where you have the stereo-typical:

That still happens in pimping and pandering cases, but now you have a different breed of a pimp. The prosecutors are charging with the same Penal Code Sections 266h & 266i.

They are still facing that 3-year mandatory minimum in prison if convicted of pimping and pandering, loitering for prostitution in Los Angeles county. 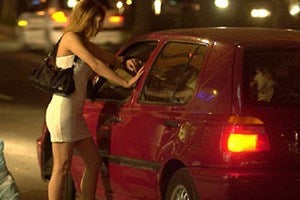 This is a situation where the pimp shares some of the money with the prostitute, and the pimp's role can take many different forms.

I had one case where the pimp was an Uber driver, and he was driving the prostitute around to her various appointments and then getting a piece of the action.

The police proved that the pimp knew that the prostitute was engaging in prostitution activities.

So, there are various ways they can prove this.  Sometimes you have very lovely pimps.  They call that a “Romeo Pimp” who's not beating the prostitute.

He's not taking all of the prostitute's money.  So, you have to look at what's going on in some of these cases to determine whether the prosecutors really can prove that pimping and pandering statute.

But, it's a pretty broadly interpreted statute; meaning, they have a pretty good argument for people helping prostitutes make money.

But there is a limit to what these guys can do.  Just because you help, if you don't know what the person's doing, that certainly doesn't make you a pimp for purposes of pimping and pandering.

So, we have to look at the facts and circumstances of your particular case to determine of: 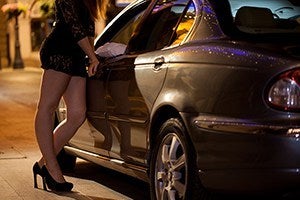 In some cases, the prosecutors have evidence that you committed a crime that fits under the Code Section for pimping and pandering.

Then we're able to get a different Code Section that doesn't trigger that 3-year mandatory prison sentence and doesn't give you the stigma of having pimping and pandering conviction on your record.

So, if you or a loved one is charged with pimping and pandering, you're facing that 3-year mandatory minimum, you're scared.

you're looking at potentially registering as a sex offender and a whole host of other problems that come along with this particular charge; pick up

Ask for a meeting with Ron Hedding.  We'll sit down in the privacy of my office.

We'll go over everything step by step and design a plan that makes sense for you and your circumstances.