What are the Penalties for Consensual Sex with a Minor?

What Consequences Are You Facing if You've Been Arrested for Statutory Rape Under California Penal Code 261.5 PC? In California, it's a crime to have sexual intercourse with someone under 18 years old. Penal Code 261.5 PC is the statute used by prosecutors with the well-known name of “statutory rape” and is also called unlawful sex with a minor.

One of the most common arguments from people charged with statutory rape is sexual consent. While that may be true, under PC 261.5, it simply doesn't matter if:

In other words, this sex crime statute makes it a serious crime to have any sexual activity with someone under 18. There are some common legitimate questions we receive from people who are facing statutory rape charges, such as:

In terms of facing criminal exposure under PC 261 statutory rape charges, none of these common questions have a lot of relevance.

Some states have what is known as Romeo and Juliet Laws that say two parties close before 18 years old are allowed to engage in sexual activity. However, California does not have any such law. Our Los Angeles sex crime attorneys will review the law below for more information.

This statute is straightforward, and the prosecutor has to prove all the elements of the crime for a conviction listed under CALCRIM 1072 California Criminal Jury Instructions. 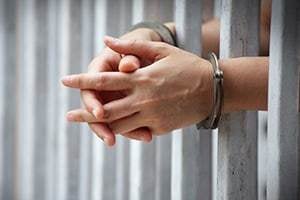 The prosecutor does not have to prove any force was used to engage in sexual intercourse. Also, as discussed, consent by the victim is not a defense. Any penetration is considered sexual intercourse, and ejaculation need not occur.

The related California crime for statutory rape include:

Sex Offender Registration Is Not Required

This is a big crime that gets charged all of the time under Penal Section 261.5. It relates to those individuals engaging in sexual intercourse with somebody under 18 in Los Angeles, the San Fernando Valley — anywhere in California.

The legal age for having sex or consent to having sex is 18 years old. So, suppose you or a loved one is charged with having sex with somebody under age 18. In that case, you're facing several ramifications, including jail time and other potential issues related to this offense.

One good consequence that doesn't come from this is that you don't typically have to register as a sex offender unless the prosecutors try to make that part of your probation.

When you're talking about whether or not the prosecutors will file the case against you, they will look at several different factors.

In other words, if you meet somebody on a website that says 18 and older and the person tells you that they're 18 or 19 or 20. Perhaps they show you some fake identification, and they look like they could be 18, 19, or 20 — and you end up engaging in sex with them; I'm not seeing how you get convicted on that.

However, the police and prosecutors know the same rules that I know. So, if they're an undercover police officer, they're going to say to you, hey, specifically, I'm under the age of 18, is it still okay to have sex?

If you say yes, now they've got you.  They've gotten around that issue, and they know that's one of the issues that they have to grapple with, so a lot of times when they're texting back and forth with somebody, they're going to get into that issue.

Now, if you've got a girlfriend who is 17 and you're 18, and you engage in sexual intercourse, and the parents get involved, there's a chance that the case will not get filed.

Perhaps something can be worked out in that case because you're close in age, and that's another significant factor the prosecutors look at when deciding:

So, if the ages are very close, that's a much stronger argument to avoid filing or keeping somebody out of custody.

If the ages are far apart, and the prosecutors feel like an older person is taking advantage of a younger person, then bet your bottom dollar they're coming after that person. They're going to be looking to hammer them — put them in jail or prison for statutory rape.

So, you've got somebody saying, this person agreed to it.  Why am I being prosecuted?  Well, the problem is that if somebody's under the age of 18 in California, they technically cannot consent to have sex with another person.

So, when it gets tricky, both people are under 18.

So, the prosecutors know that that is a built-in problem, so I rarely see cases where both people are underage being prosecuted.  Indeed, they'd be charged in juvenile court if they were arrested.

That's when you're looking at jail time/prison time, sometimes sex registration, but if it's a true Penal Code Section 261.5, at this point, as I made this point in 2021, you don't have to register as a sex offender for that.

Another potential defense for statutory rape is that you had a reasonable belief that the victim was not a minor during sexual intercourse. Perhaps the victim stated they were over 18 or dressed in a manner that showed that they were an adult.

So, if you find yourself in a situation where you're facing these types of charges and need help, you've come to the right place. Now, take the first step towards helping yourself and give the Hedding Law Firm a call at (213) 542-0979.