What Determines If You Get Prison Time in a Statutory Rape Case?

Learn What Factors Determine If You Will Get Prison Time in a California Penal Code 261.5 PC Statutory Rape Case

That can bring on an extra enhancement that could cost you years in prison.  One big thing you have to realize about statutory rape cases is, they're premised on the situation that the minor has consented to.

In other words, it's part of that Penal Code Section.  They know that the minor consented, but the point is, the minor can't lawfully consent to have sex with somebody because they're under the age of 18.

That's why it's made into a crime.  That's why you're potentially facing prison time, depending on the circumstances.

Age Difference is a Crucial Factor in a PC 261.5 Statutory Rape Case

I think some of the most significant factors that determine whether you go to prison are, first and foremost, who your attorney is. 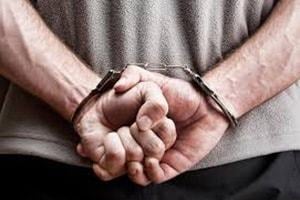 You have to have somebody like me who's been doing this for 26 years, worked for the DA's office, worked for a Superior Court judge, and since the early 1990s, has defended people charged with statutory rape.

You've got to have that background.  You have to have that type of an attorney if you want any chance of staying out of prison.

The second issue is the age difference between the parties.  If you're talking about one person who is 19, the other is 17.  Under these types of cases, that's not that bad.

But if someone's 40 or 50 and the minor is 16 or 17, that's a real problem.  That's going to be lewd and lascivious conduct with a minor.  They're probably not even going to file a statutory rape case in that scenario.

So, the bottom line is, consent in these types of cases is meaningless because the whole premise of Penal Code Section 261.6 is that you can't consent to have sex with somebody older than you if you're under the age of 18.

Probably the best defense that people have in these types of cases is if the alleged victim looks like they're 18 or older and they gave you signs indicating that they were 18 or older:

There's a whole slew of different factors.  The way I see the police trying to get around this is. They're going to grab both party's phones. 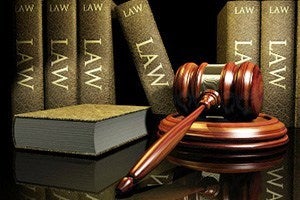 Usually, there's the scenario where someone's dumb enough to get a text from the other party saying they're under the age of 18, acknowledge it, and still have sex with them.  That's one big way I see them getting people in these cases.

If you don't say no, I didn't know you were under the age of 18.  You told me you were 20, and you say I'm sorry, then that's a tacit acknowledgment of guilt.

In these statutory rape cases, you do have the chance to get probation under the right circumstances.  But, I'm telling you the issues they're looking at.  They're looking at the age gap between the victim and the perpetrator.

Contact the Hedding Law Firm If Charged with Statutory Rape

They're looking at the age of the victim.  The younger the victim, the less likely you're going to be able to stay out of prison.  So, I think your best bet is to pick up the phone.  Ask to speak to Ron Hedding.

I do these cases all the time, and I will figure out what it will take to get you the best possible resolution.