Contributing to the Delinquency of a Minor

California Penal Code 272 PC contributing to the delinquency of a minor is a crime prosecutors charge when someone acts, or fails to act, in a manner causing a minor under 18 years old to engage in illegal or delinquent behavior or become dependent on the juvenile court system.

There are scenarios where the negligence of an adult can contribute to a child becoming a delinquent or when an adult encourages or persuades them to engage in criminal behavior.

When this occurs, the adult could face charges of contributing to the delinquency of a minor that violates Penal Code 272 PC.

It doesn't matter if the minor is a court dependent or delinquent; instead, the prosecution only has to show the adult's actions tended to cause a child to become one.

This law is broad and covers a wide range of activities, including having sex with a minor, encouraging them to participate in sexual activity, sending obscene material to a child, and even furnishing alcohol to them.

Our California sex crime defense lawyers are providing an overview below

As noted, contributing to the delinquency of a minor is covered under California Penal Code 272 PC, which criminalizes helping someone under 18 years to commit a felonious act. 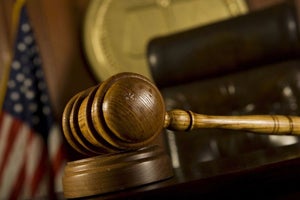 Put simply; it's primarily designed to prevent people from causing or allowing minors to engage in criminal behavior by making it a crime for an adult to induce or entice a minor to break the law.

In other words, you could face charges of PC 272 contributing to the delinquency of a minor if you encourage a minor to commit a crime.

For instance, you can be charged under this statute if you encourage a minor to engage in sexual activity, commit shoplifting, or furnish them alcohol or drugs.

This offense can occur when somebody acts, or even fails to act, that results in the minor:

Luring a Minor Away from Their Parents

A closely related statute is California Penal Code 272(b) PC which makes it a crime for an adult to contact a minor under 14 years old to lure or transport them away from their parents.

This statute also applies to adults who are strangers to minors who had no prior relationship with them. If you are 21 years and older, you can face charges of contributing to the delinquency of a minor if you transport or lure any minor under 14.

To be convicted under this statute, the prosecutor has to several different factors, such as the following:

Readers should note you can't be found guilty of luring or transporting a minor under 14 years old unless you are an adult and a stranger to them.

Further, you must be at least 21 years old and have had no substantial prior relationship with the minor or established one for the primary purpose of making them a victim.

In other words, they don't' want people who are adults doing things that put minors in wrong positions, encourage children to criminal activity, or do other things that they're not supposed to do.

So, if you or a loved one has been arrested or cited with a ticket to appear in criminal court for contributing to the delinquency of a minor, you've come to the right place.  I can help you.  You don't want this charge on your record.

We usually just have to tell your side of the story because the prosecutors often only have one-sided information about precisely what happened.

You don't want to be in a position where they only have one version, and they don't have your side of the story. Maybe the minor can help you.

Maybe the minor is going to say some things. A lot of times, we get character letters.  They're going to look to see if you have a prior criminal record in deciding what to do.

It's a lousy charge to have on your record. If somebody looks up your criminal record, they're going to see it. You don't want that. 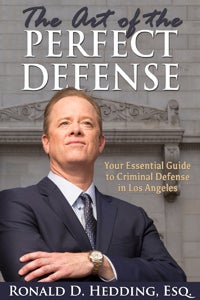 So, you must make the right moves early in the situation.  Come in. We'll sit down and go over the strategy.

You'll tell me what happened. Get all the information, and then I'll design a plan specifically for you. This includes your:

These are all things that are on the line when you're charged with any criminal offense, but this particular one can look terrible moving forward if people can find it.

So, pick up the phone now. Take the first step towards dealing with the situation.  Get yourself out of the criminal justice system as fast as possible. Set up a meeting with Ron Hedding. Hedding Law Firm is based in Los Angeles County and offers a free case evaluation.