I have handled pimping and pandering cases for over 25 years in Los Angeles County. It is not a crime that is commonly charged. The prosecutors take these cases very seriously because of all the negative stigmas surrounding them and the political pressure they face to deal with this type of subject matter harshly.

If a person is convicted of pimping and pandering, they are looking at a minimum of three years in prison. The prosecutors will typically try and make you register as a sex offender for the rest of your life and place severe restrictions on you to protect the community.

To turn the tide in your favor and fight back, you must find a local attorney who frequently appears in the court where your case is pending. Further, you want to hire an attorney who is familiar with the type of charges you face and has dealt with the judge and prosecutor dealing with your case.

There is no substitute for experience and finding an attorney who has successfully traveled the road you are about to walk, especially when the Los Angeles County District Attorney's Office has special units that handle these offenses. They get their marching orders right from the top.

Law enforcement has often improperly arrested a person for these types of charges. Or the police have trumped-up accounts to make them appear more severe than they are.

Unfortunately, the only way to properly defend yourself is to have a savvy attorney. When I go to court to represent my client's interests, I take my job very seriously, and I make sure that they are defended with the utmost professionalism and skill.

I am always straightforward with my clients and tell them the whole truth about what they are facing and what I think they should do, and I always make sure that their case is a top priority.

These crimes are often charged together by prosecutors. They are separate crimes that carry different punishments and have elements that the prosecutor must prove to find a person guilty of the subject offenses.

The consequences are dire, and an experienced sex crime defense attorney is essential to properly defend against this type of offense. As indicated above, in a pimping and pandering prosecution, a judge's minimum sentences are three years in prison if convicted of one of these crimes.

In defending these cases over the past 25 years, I have noticed that the classic pimp prostitute scenario is not always going on when I see individuals charged with these crimes.

Usually, the government alleges that someone is making money at the expense of another person and that sexual conduct is involved. Unfortunately, the police do not always get it right, and I see them sometimes mislead the prosecutors into filing a case that they can not prove, and we end up going to trial and showing that the client is innocent.

Because of the severe nature of these crimes, in my opinion, you must have a seasoned criminal defense attorney by your side when you go to court to defend your freedom, rights, and reputation.

I like to meet with the client face to face and go over what the strategy is going to be right from the beginning of the representation. There is no room for error in these cases. If we do not have an issue that can be fought and won at a jury trial, then I want to make sure that the patient is handled in such a way that we do not do anything that angers the prosecutor or judge so that they are acting from emotion as they deal with your case.

Laws and Penalties for Pandering

The asking, causing, forcing, or persuading using threats or promises and obtaining a house or a place in a home for a person to use for prostitution. Also, to give, receive, or agree to receive or give any form of money or thing of value for another to become a prostitute.

Prostitution is defined as a lewd act between a person for money or payment. There must be some form of physical contact between the prostitute and client, and with no communication, there is no prostitution and hence no pandering.

One simple act can not constitute pandering charges because the prosecution must establish a standard scheme to impose criminal charges. As your criminal defense attorney, we will attack the allegations by first showing a lack of legal system and a lack of sufficient evidence. We will build a strong case on your behalf.

Pandering is a felony crime and can result in three, four, or six years in prison. If the person procured is under 16 years old, the penalties increase to three, six, or eight years in prison and a $5000 fine.

According to the California penal code, there is a three-year mandatory minimum sentence for a person convicted of pandering. Hiring a Los Angeles Lawyer is necessary and imperative. It might be possible to avoid the mandatory sentence in a pimping and pandering case.

Our Attorneys at the Hedding Law Firm have over 75 years of combined experience, and we can help you if you or someone you know is facing pimping and pandering charges. Call to set up a meeting for a free consultation.

What Will it Take to Avoid the 3-Year Mandatory Minimum Sentence in a Pimping and Pandering Case? Many people don't realize that when they get themselves involved in a situation where they're using women to make money in the sex game, they will end up staring down — if the prosecutors get their hands on them — a minimum of three years in prison.

That's a minimum.  They could get more depending on if they have a criminal record and if any other charges are filed along with the pimping and pandering charge under California Penal Code 266h and 266i.

It is so easy now to get yourself caught up in these pimping and pandering allegations, charges, and investigations because the police and prosecutors know where prostitutes are hanging out and attempting to get men to become involved with them. They also know that a lot of these prostitutes are backed-up by individuals who are willing to use violence and force to:

Also, you want to take yourself out of the stereotypical pimp who beats the women, takes all their money, and is vicious and cruel, and rude to the women.  Those are the individuals for who the prosecutors will try to seek state prison again.

Sometimes, I've recently had clients charged with pimping and pandering, and I've avoided any jail time at all.  They are, again, depending on their criminal record and the circumstances of their case. 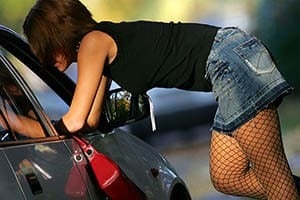 If you're getting any money from a woman related to sexual activity and you're helping them in any way, they're going to be able to jam you under the pimping and pandering.

This sex crime is defined under Penal Code Section 266(i), and they will try to get that 3-year mandatory minimum against you or even more prison time against you.

So, you're going to need to get somebody like me to fight back and be able to take you out of the position of staring down the prison.

You are also staring down a serious sex offense that can cause you to register as a sex offender and a whole host of other consequences that come along with that.

I have to do this a lot of times because I will have to sit down and go face-to-face with the supervisor, the second-in-command in a particular courthouse for the DA's office. 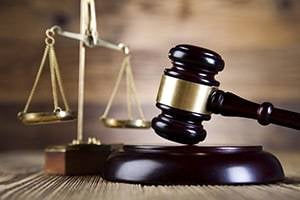 Often, we will have to find some other offense that fits what you did but doesn't have that same 3-year mandatory minimum.

As your criminal defense attorney, number one, to find the other offense if they've got evidence that you've committed a crime, and if you go to a jury trial, you're going to lose.

We have to figure out a way to turn the tide and do something different for you. So, if you need help, pick up the phone.  Ask to speak to Ron Hedding.  I stand at the ready to help you.