In California, many people are prosecuted for the crime of sexual penetration by a foreign object, which can be accomplished by force, fear, or some threats by the perpetrator. This section is typically prosecuted under Penal Code Section 289 PC.

When you're looking at why there is this particular charge for penetration by a foreign object, it's trying to cover a situation where somebody in a sexual position touches another person in their private area and penetrates them, even if it was very slightly with either their finger or some foreign object.

If the person does it with their penis, that would not be sexual penetration by a foreign object because they would charge it as a rape case if it were done by force, fear, or threats.

So, in addition to someone's finger, another object could be used that could accomplish this crime. So, anything used other than somebody's penis against somebody's will to penetrate them, even if it's slight, can be charged under this Penal Code Section 289.

So, whenever I see sex cases, even if there was sex and some touching, they will charge both rapes. They will also set this Penal Code Section 289, which a person could be facing up to eight years in prison for a violation of that particular Code Section.

So, if you're charged with this Code Section, you want to get into an attorney right away and get a game plan on how you're going to defend yourself.

Evaluating Whether the Sexual Activity Was Consensual

Then the question becomes, what makes it unlawful?  If you're together with the person and become amorous and you touch the person — my clients are usually asking, what did I do wrong?

I thought I was permitted to do this.  I felt that the woman wanted me to do this, and then they realized that the woman claimed that whatever happened was not lawful, was not consensual.  They didn't agree to it.

Then you get into an argument; we were kissing just before this happened.  How could it be unlawful?  How could the woman not want it to happen?

So, suppose you or a loved one is charged with penetration by a foreign object. In that case, they will have to put that unlawful part behind it because you could have lawful penetration with a foreign entity if the person agrees to it or consents.

Then we get down to that argument where one side says, well, no, I didn't agree to it, and the other side says, yes, you did agree to it. The prosecutors will see if the woman went to a hospital and had a nurse check her.

They want to see what the medical report says about whether they could think that in looking at their vagina, their anus, they were penetrated unlawfully.

Meaning that there's some injury there that usually wouldn't be there if it was consensual.  So, that's one of the big things the police use to figure out these cases.  They‘re going to try to use medical evidence if they can.

One defense is consent. If the other party consented and is not a minor, that could be a complete defense to this particular crime. If a person's a minor, they cannot agree to a violation of Penal Code 289 because, in California, you have to be at least eighteen to consent to such an act.

If, on the other hand, the other party consents, then any penetration like this with a foreign object would not be a crime under this statute.

Another defense would be mistaken identity.  If one person thinks one person did something and didn't do it – they got the wrong person – there's no evidence – no eyewitnesses – no direct evidence – they wouldn't prove the case against the person.

Another area that I see that can be a defense is when somebody is trying to argue that they didn't consent, but when in reality, based on the circumstances surrounding the touching, they did, in fact, consent.

If somebody goes out on a date, for example, and the other party starts to kiss them and touches them, there's some sexual contact. Then later, the person wakes up and decides that they've been penetrated unlawfully; those circumstances could be argued as a defense.

The one area where I see problems with the defense is if two parties get drunk, one party is knocked unconscious by either alcohol, drugs, or a combination of both. Then the other party that's okay takes advantage of that person and touches them somehow. That would certainly be a violation of Penal Code Section 289, and the person could be charged with sexual penetration by a foreign object in any of the people in the Los Angeles courts.

So, these defenses are centered around the facts and whether it's reasonable under the circumstances that you did whatever you did versus what the other side is indicating occurred.

What are the Penalties for Penal Code 289 PC?

You could get up to eight years in prison just for touching somebody once in an unlawful manner with either your fingers or some object against that person's will, or you could be charged with it even if the person consented. Still, they're under the age of eighteen in California.

So, with all of these severe ramifications on the line, you want to get an attorney that's handled these types of cases before, had success and knows exactly what to do to defend you, investigate the case, and, if necessary, to negotiate the case with the prosecutors and the judge.

The next thing they do is they'll try to do what's called a pretext phone call. This means that they're going to have the alleged victim call the suspected person who is the suspect in the case and have them challenge them about what happened. 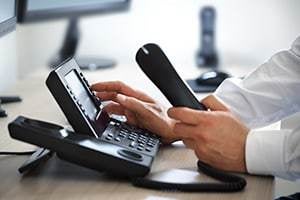 Were they asking why you did do that?  You knew I didn't want that to happen.  Then depending on what the person answers, how they deal with that inquiry can be used against them.

What are you talking about if you're saying you're sorry versus saying?  I would never do anything.  You agreed to that.  Then, you've got yourself a problem.

That's another weapon they use to prosecute people for unlawful penetration with a foreign object.

If you need help, pick up the phone.  Ask to speak to Ron Hedding.  I'll put my 26 years of criminal defense to work for you.