The District Attorney's office at the Van Nuys courthouse prosecutes many sexual battery cases under California Penal Code 243.4 PC. The biggest issue with sexual battery cases is that no matter how severe the case is, if you get convicted, you're looking at registering as a sex offender under Pena Code Section 290.

The Van Nuys court will force many people to plead guilty or no contest to Penal Code Section 243.4 when sometimes it makes sense that they shouldn't have to register as a sex offenders. It might be more justified to have them plead guilty to a Penal Code Section 242, a simple battery that still fits the conduct because a simple battery can be harmful or offensive touching.

Indeed, a sexual battery would fit under the offensive touching aspect of battery in its simplest form.

If they're charged with sexual battery in the Van Nuys court, there is a crucial thing for you or your loved one.

You'll want to get an attorney who can differentiate you from those who will have to plead guilty to a Penal Code Section 243.4, which is that sexual battery that causes the person to register as a sex offender.

Of course, this whole line of  information centers on the fact that if the prosecutors can prove you guilty of some sexual battery:

That's where I get involved with people right from the beginning.  Either I'll visit them if they're in jail, or we'll sit down in the privacy of my office and have a frank conversation about what happened, why they're being charged with sexual battery, and any potential defenses. 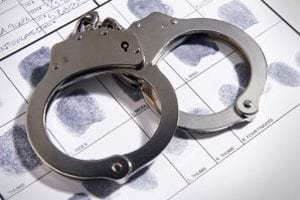 Then we make the critical decision of whether or not the police have provided the prosecutors with enough evidence to get a conviction.

If it's a questionable case and you don't want to plead guilty or no contest, then we can do a trial, and a jury will decide whether or not you're innocent or guilty of the sexual battery charge in Van Nuys.

It's a pretty conservative jury pool there.  However, if the prosecutors don't have the case, you shouldn't have to plead guilty or no contest the charge.

Negotiation with the Sex Crime Prosecutor

If, on the other hand, we realize that they will be able to prove the case against you, then I'm probably going to have to talk to the head prosecutors in the Van Nuys courthouse. When it comes to sexual battery cases, it's perhaps part of a particular unit that prosecutes sex crimes.

They're not even in the Van Nuys courthouse criminal building; they're in the civil construction, and it's a lot of setting up meetings with the prosecutor who's in charge of your case and a lot of times with their supervisor to try to convince them to give you something other than a sexual battery charge. 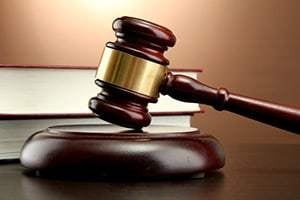 If you don't, that would undoubtedly be advantageous for you, and then, of course, if there are any weaknesses or issues with the case, I will present those to you.

So, if you're charged with sexual battery in the Van Nuys courthouse, my office is probably about five minutes from the court.  Pick up the phone.

Ask to speak to Ron Hedding.  I will start the process of protecting your rights, your reputation, your job, and your freedom. Hedding Law Firm is a top-rated criminal defense law firm located at 16000 Ventura Blvd #1208 Encino, CA 91436.

I've handled many sexual battery cases in the San Fernando courthouse throughout my 26-year career.  They have many of these offenses in San Fernando for whatever reason.

One of the biggest things you should know is that it's not the type of crime where you will get lost in an enormous bureaucracy.  The reason is the San Fernando courthouse. There is a particular sex crime unit with about five prosecutors who all prosecute sex crime cases.

So, if you're charged with sexual battery in San Fernando, one of these prosecutors will be assigned to your case.

The reason the District Attorney's office does this in San Fernando and throughout Los Angeles county is:

In other words, they're going to make sure whatever the punishment is not only fits the crime but is designed to prevent the defendant from ever doing this again.

For example, the defendant will be ordered to stay away from the alleged victim.  A violation could subject a defendant to going into custody.

Further, you will be ordered to register as a sex offender.  So, now the police in San Fernando will know where you live.

If they put you on the Megan's Law website, your neighbors will know that you're a sex offender, and they can take the appropriate precautions to guard themselves against any further crimes.

The last reason they assign a special prosecutor to these cases is to ensure they get a conviction.  If they charge you with sexual battery in the San Fernando courthouse, they will want to get a trust.

One of the biggest things we try to do as a defense team is to avoid a conviction for a sexual battery.

This is because we know you'll probably have to register as a sex offender, and we see the punishment and the stigma associated with a sexual battery conviction.

So, if you're guilty of the crime and they've got the evidence against you, I try to get some crime that does not involve sex registration, first and foremost.

For example, a simple battery, Penal Code Section 242, is the same as a sexual battery; it doesn't have a sexual connotation.

It doesn't have the stigma behind it, and it doesn't have sex registration behind it.  So, that's an example of a lesser offense that you could plead to if you would have to plead guilty to something related to a sexual battery charge in the San Fernando court.

Another thing that we do is put together a mitigation package to do damage control. Lastly, we will often get a psychiatrist to evaluate you and write a report about the likelihood of you being a recidivist.

In other words, you are a repeat offender.  Because if you're not likely to do it again, it opens the door for the prosecutors to be more reasonable with the sentence. Also, we get what's called a Static 99 report, which analyzes you, your crime, and your situation to determine whether or not you will do this type of activity again.

If we can get the Static 99 and the psych report boasting that you are a shallow risk to do it again, we've now taken the first step towards keeping you out of custody.