Numerous statutes fall under the big umbrella of a “sex crime in California.” These are the most serious charges you could face and generally involve illegal or coerced sexual conduct against another person.

All states within the country have laws that prohibit different types of sex crimes, and each has its statute of limitations, which is the time limit for a prosecutor to file formal criminal charges.

Anyone convicted of a sexually related offense often faces the possibility of mandatory sex offender registration under California Penal Code 290 PC, which was recently changed to a three-tier system.

Put simply, depending on the type of sex crime conviction, you could be labeled a sex offender and have your name, picture, and address added to the state and federal sex offender registries available to the public.

You don't need anyone to tell you that facing allegations that you were involved in a sex crime is a very serious issue. Depending on the case, it could be life-changing if you are convicted. Just an accusation can cause permanent damage to your reputation and career.

This article by our California sex crime defense lawyers gives you a better understating of steps to take if you believe you are under investigation.

As noted, the state of California has numerous laws prohibiting the different types of sex offenses, including the following:

Why Retain an Attorney if You Think You're Under Investigation for a Sex Crime?

The bottom line is that attorneys who are experienced in defending sex crimes know what it takes to avoid a filing, understand what it takes to help their clients not incriminate themselves.

The police and prosecutors are looking for their clients to make a mistake and say or do something that incriminates them.

Because they've traveled the road, you're about to travel, and they know what it takes to be successful.

I've been doing this for almost 30 years - defending people charged with sex crimes, so I know what the police do in the investigative phase.

For example, the police will have the alleged victim or someone connected with the alleged victim call you, talk to you, try to get you to incriminate yourself, challenge you with what they claim you have done, and see how you respond.

They will tape-record it. This is called a pretext call, and it's a trap from the alleged victim to a suspect where police will record the call and coach the victim into getting the suspect to either confess or apologize for their sexual related conduct.

They can lawfully tape-record it if they're investigating a crime, and they will use whatever you said against you if they're able to.

So, that's one reason to hire an attorney. That attorney can advise you and tell you what will work and what will not work in your particular case.

Also, one of the most important reasons to hire an attorney in a sex crime investigation is peace of mind.  Your attorney is going to be able to:

So, when law enforcement comes, you'll be able to say, I've got an attorney.  He's hired.  He's the one you're to deal with.

Your attorney's already going to know the backdrop of the case, be able to talk to the police and prosecutors who might be assigned to your case, and therefore, you're being protected.  You're being looked after even before a case is filed.

I can't tell you how often people don't hire an attorney. They leave their head in the sand, and they end up getting a criminal case filed against them.

A process known as prefiling intervention is simply a negotiation with law enforcement detectives and prosecutors to avoid the formal filing of criminal charges before the court by showing them mitigating factors.

Contact The Hedding Law Firm If Under a Sex Offense Investigation

So, the bottom line is, if you're under investigation for a sex crime and need help; you've come to the right place. 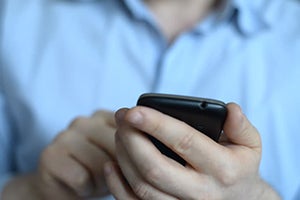 Pick up the phone. Ask for a meeting with Ron Hedding. I've been doing this for nearly 30 years.

I need to thoroughly review all the facts and circumstances of your case to determine an appropriate defense strategy.

I've worked for the District Attorneys' office, worked for a Superior Court Judge in Los Angeles, and been the guiding force behind the Hedding Law Firm since 1994.

Make the call. Start to protect yourself right away. All is on the line. It would help if you had a champion by your side.

Hedding Law Firm is based in Los Angeles County, and we offer a free case evaluation.

See related: What Is Your Best Option If You Have a Sex Crime Warrant?