How to Avoid Sex Registration in a Criminal Case

This is a big question on people's minds when the police arrest them, and they get a notice to appear in court.  Either they're cited in more and more these days with Covid-19 and the new District Attorney's policy.

So, a lot of people are getting notices to appear.  Maybe that might make them feel a sense of comfort, but the bottom line is, across Los Angeles County and the surrounding counties, they are forcing people to register as a sex offender by the droves.

So, this is a fundamental question,  how you might avoid sex registration.  The first way you can prevent it is by hiring an attorney pre-filing or during the investigation stage.

Sometimes you can't do that, but other times you get wind of an investigation for various reasons.  So, your attorney can convince the authorities that the case is not valid. They don't have the evidence.  You have given them some mitigating information. 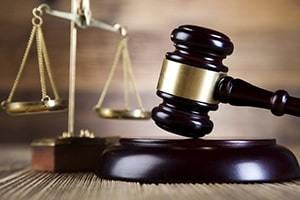 I think the second way and not necessarily in this order, but it makes sense to mention it:

Plea to a Lesser Offense

Another significant way to avoid sex registration if you're going to have to plead to a related offense in Los Angeles County is to plea to a crime that does not require you to register as a sex offender.  Now, this sounds easy.  A couple of problems with it are”

So, that's something you'd have to get around if you're being charged with an offense, they want you to plead guilty to a crime, and you don't want to register as a sex offender.

But you have to realize that most of the time, it's a crime that dictates whether you register as a sex offender, not whether the prosecutor or the judge wants you to.

You plead to certain crimes.  That is what triggers sex registration.  With the new law that's gone into effect, it depends on what sex-related offense you fall into that three-tier system.  That's going to dictate how long you'll have to register as a sex offender.

Not Guilty Verdict at Trial

So, that's pretty much, in general, the ways that you can avoid sex registration.  The last way that I would mention, because it's true, is if you're charged with sex-related offenses, you hire an attorney, and you decide to take the case to trial because you're innocent.

If you get a not guilty verdict, you won't have to register as a sex offender.  So, that's another way to avoid sex registration.

The last thing in this section that bears mentioning is a middle ground.  Sometimes you'll be charged and arrested for sex-related offenses, which would typically require that you register as a sex offender for the rest of your life, for example.

Sometimes, we can resolve with the prosecutors that you only register as a sex offender for a certain period.  Your probation is two or three years, and the agreement is you plead to certain charges.

As you can see as I go through this, some of this stuff is a little complicated, and it's not easy to convince the prosecutors to give a non-registerable offense when it comes to a sex crime in LA county or any of the surrounding counties.

I've been doing this for 27 years.  I have a lot of experience dealing with sex-related offenses and registration.

So, if you or a loved one is in trouble and needs help and you're trying to avoid registering as a sex offender, and the other things that come along with a sex offense, like custody tie, pick up the phone.

As for a meeting with Ron Hedding, you've come to the right place.  I stand at the ready to help you.