Is Solicitation of Prostitution Via Text Illegal?

A lot of people, more and more, are using the internet, their cellphones, and various other forms of communication besides face-to-face interactions to solicit individuals for sex to find sexual partners for purposes of paying them money.

So, it makes sense that people would question if I'm texting with somebody, does that necessarily fill the solicitation requirements of solicitation?  And as you might guess, the answer, of course, is yes.

Suppose the prosecutors can prove that somebody is soliciting another person for sex or a sexual act, no matter what form that takes. In that case, they'll be able to demonstrate the possibility of solicitation or prostitution and maybe even other crimes depending on precisely what happens and what is said and whether money is exchanged, etc.

However, it might make it a bit more challenging to prove solicitation of prostitution. 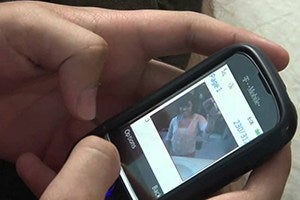 If the people are texting because first, you have to prove that whoever you want to charge with solicitation and prostitution in Los Angeles is the person doing the testing.

The police,  and then they will be there waiting for the person when the person shows up, usually with their cellphone because they're communicating with the undercover police officer while they're coming in to engage in some sexual activity.

Cell Phone as Evidence for Solicitation

Because if they get the phone and get into the phone, they're able to see the communications back and forth.  That person has the phone.  It's their phone when they look at the phone company.  Now they have one vital piece of evidence against the person.

Also, the person showed up after messages were exchanged to engage in sexual activity.

That would certainly be evidence that the person involved with solicitation and prostitution was about to commit a prostitution act.

The fact the person may have the money that was agreed upon would be another good indicator to corroborate the fact they're about to engage in a prostitution act.

The fact that the person might have condoms or other things that show they would engage in sexual activity would be another indicator.  Maybe they will get a hotel room.  There's a whole host of different scenarios that can go on.

So, the answer to the question as to whether or not somebody can be charged with solicitation of prostitution via text is an absolute yes.

But of course, the back end of that is the prosecutors would have to prove it.  That's why if there's any question about it, you get an attorney right away. 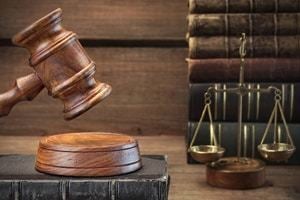 Even if there isn't any question, even if the police have gathered the proper evidence, submitted the right evidence to the prosecutors, you still want an attorney.

Because not only could there be other defenses that you, as a non-attorney, but also wouldn't see or think about, there might be ways to mitigate the case and get you something that could protect your record.

Also, to protect your freedom, so you don't go to jail for a long time, protect you from having to register as a sex offender, potentially depending on what occurs and what the prosecutor's position is once they review everything.

So, in this solicitation of prostitution cases, first, the police investigate.  They will arrest the person or cite the person in court.

Then, they have to give their investigation, their paperwork, their video evidence, whatever they have, to the prosecutors who are lawyers like me.

They will review everything, and then the prosecutors will decide whether to file the case. If they file the claim, when we go to court on the day of your arraignment, I, as your attorney, will get all the paperwork and review it.

If you're facing a solicitation of prostitution charge, the best bet is to make an appointment to sit down with me, Ron Hedding, face-to-face. I've been doing this for 26 years.  We'll see exactly what evidence there is, and we'll make the right decision on exactly how we're going to defend your case.