What Evidence is Necessary to Prove a Sex Crime Case?

When it comes to these sex crime cases throughout Los Angeles county, I've handled thousands of them.  When you talk about the evidence necessary, obviously, the prosecutors must prove the case beyond a reasonable doubt, but it runs much deeper than that.

First, you have to see what the charges are that are leveled against the person and look at the elements for those charges. That can usually be accomplished by either looking at:

Once you see exactly what those elements are, which are the requirements to prove charges, then you can really get a feel for what the prosecutors would have to prove in order to show that somebody committed a particular sex crime.

Of course, it gets more complicated than that because you're going to have to look at the police reports, which obviously, your attorney will do for you: 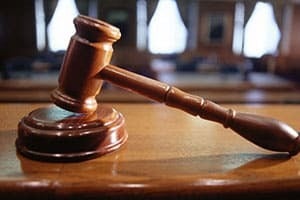 I suggest that your starting point is, when you're trying to figure out how to deal with a sex crime case, what needs to be proved, is to sit down with an attorney.

This is because an attorney can cut through things pretty quickly, especially one that has a lot of experience.

I've handled thousands of sex crime cases throughout my almost 30-year career.  I worked for the District Attorney's office and a Superior Court judge early in my career.

Then, in 1994, I decided I was going to defend people and I put out effort to become a criminal defense attorney.  So, I've seen how prosecutors build cases.

I've seen how judges evaluate cases, and of course, I've defended them on the defense side now for 27 years with great success for my clients.

So, I would say come in with a list of questions.  Any paperwork if the person has been charged would be helpful so we can see what they were booked for.

Then obviously, I'm going to ask you a bunch of questions about your case and about the circumstances of your case.

Of course, everything will be protected by the attorney-client privilege even if you decide not to hire me as your criminal defense attorney.

Once we go ack and forth and talk about the case, then we'll really have an idea of how strong the case is and whether or not the prosecutors can actually prove the case against you.

It's important to decide whether or not the prosecutors can prove the case against you. Because right from the beginning, you want to know:

Then, we're going to have to take mitigating actions to be able to defend you and put you in the best position possible.

So, when it comes to how a prosecutor proves a sex crime case, if that's what you're trying to figure out, first you have to look at the specific crime, pull up the Penal Code Section, pull up the jury instructions and then evaluate from there.

You'll see what the elements are.  There will be little angles for each element.  That's where you start getting into technicalities that, in my opinion, you want an attorney to help you with.

Not only an attorney that understands the law, but one that's been practicing in sex crime defense for many years, because they can see how the law is applied by prosecutors, judges and juries.

I can see what the angles are in the case.  I can see how a prosecutor might prove a case; and how we might defend the case.

So, pick up the phone.  Ask for a meeting with attorney Ronald Hedding.

I stand at the ready to help you.  I know how to break these cases down so we can see exactly what is necessary to prove a sex crime case against you.

Police Investigations for a Sex Crime in Los Angeles