California Penal Code 236.1 PC defines the severe crime of human trafficking as depriving someone of their liberty with intent to obtain forced services, including pimping and pandering, and child pornography.

In 2012, voters passed Proposition 35, the “Californians Against Sexual Exploitation Act,” which provides severe felony penalties for anyone convicted of Penal Code 236.1 PC.

Further, Prop 35 expanded the legal definition of human trafficking to include child pornography distribution while providing much harsher penalties.

For example, anyone convicted of the human trafficking of children can be sentenced to a life sentence in a California state prison.

A PC 236.1 human trafficking conviction requires a defendant to register as a sex offender under Penal Code 290 PC.

Use of coercion in commercial sex acts

PC 236.1 human trafficking involves coercing somebody to provide a service, most commonly a commercial sexual-related activity.  The term “coercion” is to: 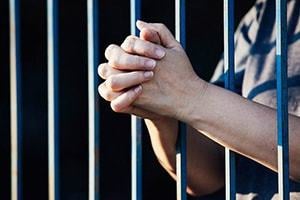 Any exploitation of a minor for commercial sexual activity will always be charged as a human trafficking crime, even when no coercion was used.

What is the Definition of Human Trafficking in California?

Penal Code 236.1 PC charges will always depend on the subsection of relevant law but can generally be defined as:

You “deprive” someone's person's liberty (CALCRIM 1243) when there is a sustained restriction of their freedom using:

The “elements of the crime” under Penal Code 236.1(b) are that you violated somebody's liberty with intent to commit any of the California crimes:

Prostitution and the Movement of Women

This is a big crime that's being charged all the time now, and it's related to women who are getting involved with prostitution and the authorities capturing the men.

These men are somehow involved with the women's movement for purposes of prostitution.  Now they have this PC 236.1 human trafficking charge.

Usually, you would think that has to do with some alien smuggling or something. Still, in today's world, human trafficking is a big-ticket crime involving basically prostitution and the movement of women. 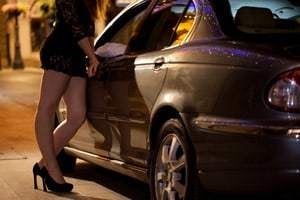 Most of the time, prosecutors will try to put somebody in prison or even jail attempting to deal with women and move them from one state or county to another for prostitution.

Usually, this gets serious when one of the women is underage.  If somebody's under the age of 18 in California, they're being exploited and used for purposes of prostitution. The authorities find out about it; they're going to arrest anybody involved with that. That person will be facing a lot of time in prison, depending on how old the particular victim is.

You see on the news now, all these people are getting caught in police sting prostitution rings where women are under age, and they're being used for sex. The authorities are getting people's phones and text messages and giving information.

Some of the most prominent politicians are being taken down by these cases. This is the big, hot crime now, and if they convict you of it, either at the state or federal level, they will try to send you to prison.

One way to avoid prison if you don't have any criminal record is if your attorney can convince the prosecutors that this is more of a prostitution-type case.

To put it under the umbrella of human trafficking doesn't make sense a lot of the time, and they're trying to force it under this umbrella.

Another argument that sometimes holds water with the prosecutors is that the involved women run their operations.

So that's one of the things that the prosecutors will undoubtedly consider in deciding whether or not somebody goes to prison.

Of course, they're also going to look at their criminal record.  They will look at their broad criminal background when deciding whether they are candidates for prison or probation.

Even if you get probation in one of these California human trafficking cases, you could still face up to a year in the county jail. In Los Angeles County, that time is less than you would typically do.

So, for example, if you get a year, people are often serving only 10% or 25% of their time because of the overcrowding, the Coronavirus, and several other factors.

You also have to look at whether or not you have a defense to the case. If you can defend the case and go to jury trial and get a not-guilty verdict, you're not going to go to jail or prison.

Perhaps you have some defensible issues in the case.  Our criminal defense lawyers can use a variety of common arguments to fight a human trafficking case, including:

You might not be able to be found entirely not guilty, but certainly, prosecutors look at weaknesses in their case, and they're supposed to do that in deciding what type of

A resolution to give a particular defendant.

So, hiring a great criminal defense attorney is your best bet to put you in the best position.

I've been doing this now for almost three decades. I worked for the DA's office early in my career. I've been defending these sex-related offenses.

I've seen the evolution of human trafficking — where it started and where it has gone — and you need somebody on your side who will fight for you and pull out all the stops so you end up with the best resolution for your case.

You've come to the right place. Take the first step and pick up the phone. Ask for a meeting with Ronald Hedding. I stand at the ready to help you.