They're thinking more aliens being moved into the country who are not citizens through the border of Mexico, for example, into California.

But today, we're talking about the sex trade.  We're talking about people being moved within Los Angeles, within California, within the United States, and even internationally for sex, and a lot of times, these are victims.

These are young females who are underage and are being taken advantage of by their captives.

I've had cases where people have been moved in from Russia.  To pay their way into the United States, they get involved in prostitution activities. 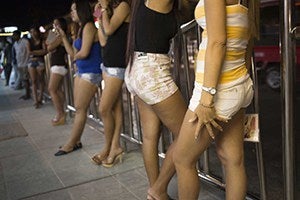 Because this is such a prevalent problem, the DA in LA county is running ads and talking about all of the human trafficking cases that she has gone after.  Don't kid yourself; human trafficking is a big thing.

If you or a loved one is arrested, you need to get a defense attorney right away.  Sometimes you get caught in a big net, and you may not necessarily be guilty of whatever it is they're claiming that you did.

So, you want to make sure you get somebody that can fight for you because once you get that specter of being charged with some human trafficking case.

The victim is underage; whatever the case may be, you put yourself in a position where you're looking at a lot of time in prison, and it's tough to beat the prosecutors.

Because people come into a jury trial situation and see that someone is charged with a sex-related offense like human trafficking in Los Angeles — believe it or not — they immediately think the person is guilty. 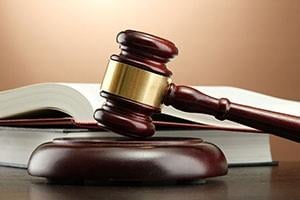 Don't kid yourself; that's one of the first questions I ask prospective jurors — just because my client is charged with a crime, do you think he's guilty?

Raise your hand.  Half of the jurors are raising their hands.  Then I have to explain to them; it doesn't work that way.  There's a presumption of innocence in a human trafficking case or any criminal case in Los Angeles.

That's an important decision right from the beginning, and that's how we handle these cases.

Call the Hedding Law Firm If Charged with Human Trafficking

First, we have to decide what our strategy is?  If we fight the case, what's our theory about why you're arrested and what's going on, and we have to make sense of things for the jury. 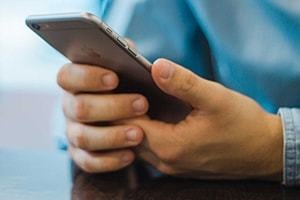 So, if you need help — if you or a loved one are charged with human trafficking — pick up the phone.

Ask for a meeting with Ron Hedding.  I stand at the ready to help you protect your rights, reputation, freedom, and everything necessary to you.