The reason for this is interesting, and you really wouldn't think about it unless you have the inside information.  I defend many human trafficking sex crime-related offenses in the Orange County, California, area. California Penal Code 236.1 defines the crime of human trafficking.

Then speaking to the prosecutors, one of the biggest things that cause many cases to be filed is the fact that there's a lot of youth coming into that area because of Disneyland, and the prosecutors feel as though it's their job to make sure that the community and that area is protected.

They've got task forces out there looking for individuals engaging in sex trafficking-related offenses.  A lot of the crimes that I'm seeing prosecuted are internet-based. People are putting up different profiles and advertising various social media applications to sell sex, and selling sex is one thing.

The prosecutors will deal with those who do that. Still, once you get into the area of underage women being used to commit sex-related offenses, they start talking about human trafficking, which is an effective broad mean term.

Often, it's not that serious or sinister what's going on. Still, it allows them to throw out a big net when they're investigating human trafficking-related offenses. It gives them a lot more leeway to prosecute and arrest different people.  They get search warrants for social media accounts to surveil people — even the wire-tap people if they think that will assist their investigation.

Today's political climate allows prosecutors a lot of room to use funds and resources to investigate sex crime-related offenses. I'm telling you right now, as I type out this post on my website, Orange County, Santa Ana, is arresting people at a record pace who are involved in human sex offenses, sex crime trafficking, and all relating offenses surrounding that. 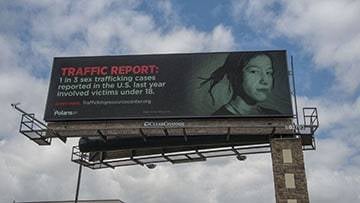 So, if you or a loved one are charged with one of these offenses, you better get an attorney who knows what they're doing — who's handled these types of cases before. Because again, they are prosecuted by a very harsh District Attorney's office who has marching orders to stamp out these types of crimes, obviously to protect the victims of these types of offenses.

So, in doing so, they're doling out prison sentences like it's candy, and the judges a lot of time are backing them because of the age of the victims, because of the allegations related to the offense, and just because of the political climate right now.

Sex-related offenses, specifically human trafficking in children, are on the rise, and those individuals who are charged a lot of times are already presumed guilty before one piece of evidence has been presented to anybody.

Sometimes the people are guilty.  Sometimes they're not as guilty as what the prosecutors are claiming.  Other times, they really haven't done anything wrong, and they're being wrongfully accused and wrongfully prosecuted. The Orange County prosecutor must prove all the elements of the crime, depending on the specific charges.

See CALCRIM 1243 Jury Instructions for human trafficking cases and CALCRIM 1244 for causing a minor to engage in a commercial sex act.

So, that's what I get involved within these human sex trafficking-related offenses is,  I will sit down with a client, and we will get down to the nitty-gritty about what they did, what they didn't do, what they're responsible for o we can figure out what our defense strategy is going to be.

Because it's one thing to say that you're not guilty and move through the process and accept the case for trial.  That's pretty easy, but it's another thing to say; okay, I did something I shouldn't have done, but what these guys are accusing me of and claiming what I did is not entirely true.

So, I need to show them that there's something else going on here and do what I would call damage control so I can end up with a fair and reasonable result, taking into account my rights, freedom, reputation, and reputation criminal record.

Once we put all of that together and sit down and talk about it, we can develop a plan that makes sense for you moving forward and then start to put the pieces in place to resolve your case in the best possible manner.