Defenses to Sexting with a Minor Charges in California

Reasonable Belief They Were Not a Minor

Many clients come in and say, you have to be 18 or older to be on the media outlet, so I figured the person must have been of age when I started to sext with them and send pictures back and forth.

But the reality is if somebody does or says something that you reasonably should know, they're a minor. You don't want to deal with that person on a sexual level, or you run the risk of being prosecuted.

That is one of the defenses that I did not know that this person was under 18.  They were on a site that you had to be 18 years or older to be on the site.

Then you've got a problem because now they're telling you that they're underage. I do see that a lot when law enforcement is involved:

Then, somehow the person either doesn't care.

They will continue with the conversation, continue sending things, and maybe even set up a meeting with this undercover police officer who is now going to arrest you.

Other times, the person says, well, if you're underage, I can't deal with you anymore, and you would have your defense.  You would say, I didn't know.

Once I found out, I stopped dealing with the person.  That would be legit, and you would have a pretty good defense to a sexting charge.

Another defense might be that you're not the person on the other end of the line.  In other words, the police arrested you.  You've got a case pending.

You're looking for a defense attorney to represent you, and you're going to say, I'm not the person.  I don't know what these guys are talking about. 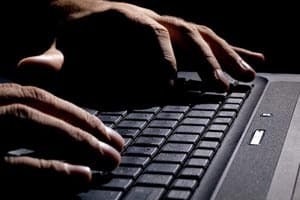 How are they going to prove that I'm the one that was talking to the other party?  Again, that can be a good defense as well.

They've got to prove that it was you, especially if it was over the internet and you didn't send your picture, that starts to create a problem for them.

They can get around that problem if they can trace your IP address with your name on it to the messages that are being sent to either the undercover police officer or the minor.

Then the next thing they will do is specifically ask you when they come in and execute their search warrant and seize your computer and all your devices. Are you the only one that uses this computer, for example?

If you say yes, now they've got you because you've just admitted that you are the one that uses that computer.  They've got the IP address traced back, and now they can make a case against you.

Another thing they will do is ask your family members if you're living with family or friends or significant other — hey, who are the ones that use that computer right there that we're about to seize?

If it's all to you and there are downloads of conversations or any type of child pornography or just the fact that it's your computer and that computer is communicating back and forth with a minor sending text messages, photographs — now they can make a case against you.

Next Step in Preparing Your Defense

So, when you're talking about defenses to sexting with a minor, we have to look at the facts and circumstances surrounding your specific case.  What I have you do is, come into the office. You will be honest with me because you know that I'm trying to help you.

Anything that is said is confidential, and we figure out whether or not there are some defenses to the crime that you're either being investigated for or you're being charged with.

Regardless of whether you're being investigated or charged, you want an attorney right away to:

Pick up the phone.  Ask to speak to Ron Hedding.  I've been doing this now for over 27 years.

I've worked for the DA's office and a Superior Court judge, and since 1994, I've been a criminal defense attorney defending cases just like yours.