How do Los Angeles Prosecutors Prove Loitering for Prostitution Cases Under California Penal Code 653.22? This is a common crime.  It takes place all over Los Angeles County.  The main areas though, where you'll see it are Figueroa in Los Angeles and Sepulveda in the San Fernando Valley.

Of course, those are just the two more well-known prostitution areas.  There are also other areas throughout LA county that the police are watching.

That's one of the most significant factors as to how they're proving these PC 653.22 loitering for purposes of prostitution cases because a lot of times people say, how do you know that I was going to be involved in prostitution?

They have excuses why they're there; they have family in the area, they're shopping, whatever the reason may be.

But that is one of the factors that is used in these cases.  The police indicate that the arrest location is a high prostitution area where they've seen and arrested people involved in prostitution activity.

So, that's probably factor number one on how they prove the case – showing that you're in a high prostitution area.

Factor number two is their observations.  What do they see you doing?  Are you just walking into a Ralph's, or are you standing on the corner waving at cars? 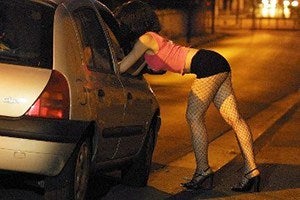 So, what you're doing is one of the factors that determine whether or not they'll be able to prove the case against you.

How you're dressed is another factor.  If someone is dressed as we would typically think a prostitute would dress, they're wearing a very short skirt, flashy clothing. Another factor is:

Or, is there some other innocent purpose that's going on.

So, if you or a loved one is charged with prostitution or loitering for prostitution, you must get to an attorney.

Avoiding a Conviction and Jail Time

You want to try to keep your record as clean as possible and stay out of the county jail, especially with the Coronavirus, and it is 15x more likely that you will catch the virus in jail.

You also have to realize that you are perceived as a victim to a degree by the prosecutors. So, we want to try to use this to your advantage.

A new prosecutor in Los Angeles County takes a pretty good approach as far as a defense standpoint goes.

So, the best person to utilize everything that's going on that can benefit you is your attorney.

I worked for a Superior Court judge in 1993, and I've been a criminal defense attorney defending these types of cases since 1994.

Pick up the phone.  Set up an appointment to meet with Ron Hedding.

I stand at the ready to help you.

Will I Have a Criminal Record for Prostitution Charges?