The Van Nuys courthouse gets a lot of pimping and pandering cases because there is a lot of prostitution activity on Sepulveda Boulevard.

So, the police not only have set up surveillance on Sepulveda Boulevard, but they have also put their female vice officers out there posing as prostitutes.

Then they surround the female with officers hiding from a distance watching as potential Johns approach the female. Also, people are often stupid enough to pose as pimps and try to convince the female to share her proceeds with the supposed pimp.

For example, I've seen people posing as Uber drivers, willing to drive them to their pimping locations to have sex with other people. Then they get a piece of the action — that would fall under pimping and pandering.

I've seen all sorts of scenarios.  The bottom line is if you're on Sepulveda Boulevard and you're talking to a prostitute, and it turns out that prostitute is an undercover police officer. 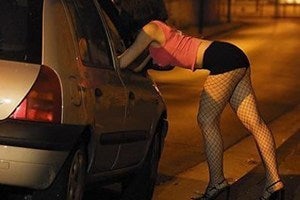 Then you agree to do anything to help her, and you're going to get paid for it, and you know that she's involved with sexual activity, you may be jammed under that category of pimping and pandering.

Even if you're not the stereotypical pimp, they will charge you with pimping and pandering in the Van Nuys court.

You're going to be looking at a 3-year mandatory minimum in state prison because of that charge and many other consequences that flow from pimping and pandering charges in the Van Nuys courthouse.

So, a lot of times, what we need to do is take you out of that stereotypical pimp who's beating the women, who are threatening them, who's taking all the women's money and giving them small amounts of money.

You want to be categorized differently. But, you have to realize that even though you may be classified as what they call a Romeo pimp where you're friendly to the women and not taking as big of a percentage.

Still, the bottom line is, if you're collecting money, you know they're involved in some sexual activity, and you're helping them in any way, you'll be charged just as much as someone who is a stereotypical pimp.

However, you may avoid the minimum prison sentence if you do things like submitting a mitigation package to the prosecutors.

By the way, the prosecutors are sex crime prosecutors.  They typically do these cases and usually get a good offer in this type of case.

To resolve it, you're going to want to go to the supervisor and make sure you submit the information that takes you out of the gamut of somebody who deserves to go to prison.

Another thing they look at in these pimping and pandering cases is the person's criminal record.

Especially if their a record for this type of activity or any sexual activity where you're convicted of a crime, even if you're registering as a sex offender, that's a significant negative factor against somebody charged with pimping and pandering in the San Fernando Valley.

I've been handling these cases for 26 years.  I'm very familiar with what it takes to defend these cases, what the prosecutors have to prove in a pimping and pandering case and what it will take to get you the best possible resolution.

So, if you're charged with pimping and pandering in the Van Nuys court, pick up the phone. Ask to speak to Ron Hedding.  Set up a meeting with me.  We'll go over everything, and I'll do everything to help you. Hedding Law Firm is a criminal defense law firm located in the San Fernando Valley at 16000 Ventura Blvd #1208 Encino, CA 91436.