Over the years that I've handled criminal cases, we see some massage parlor cases come up.

The women in the massage parlor are often arrested because they get involved in a discussion related to having some sexual activity for money with a customer who happens to be an undercover police officer.

This latter one doesn't happen very often because it's tough for the police to get into the massage parlor and catch somebody involved in some solicitation of prostitution or other criminal sex-related activity.

We do see with the Robert Kraft case that the police planted cameras inside the rooms, so they could see the exchange of money and were also able to see sex acts, and they charged several people in Jupiter, Florida, with these types of crimes. 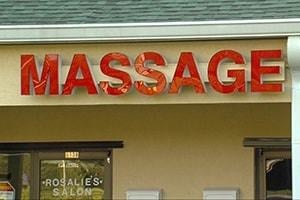 Unfortunately for them, that was a direct violation of the person's Fourth Amendment right to privacy.

You can't put cameras inside the rooms, and if any law enforcement agency does that, that would undoubtedly be subject to challenge. Ultimately the court will have to rule in the defense's favor under the appropriate circumstances.

In the Robert Kraft case, the court has decided that they cannot put videos in those rooms under those circumstances. So, the evidence captured on the videos has been suppressed and can't be used by the prosecutors.

Therefore, the prosecutors have decided to drop the charges against Robert Kraft and the other people who were charged in that particular case.

So, the police have to get evidence that somebody is committing some criminal activity inside the massage parlor, and that can be acquired in many different ways.

At this point, in Los Angeles, for example, it seems that Sacramento and the state have taken command of the investigatory phase related to massage parlors, and the police have been cut out.

Really where you see the police getting involved in sex-related activities in massage parlors in Los Angles County, Orange County, or any of the other counties in California is when some sex trafficking is alleged.

They're able to find beds inside the massage parlor, underaged individuals, and even people involved in the sex trade.  If they can track that into a massage parlor, that would give them a lot more leeway and authority to investigate and arrest people.

At this point, if you've been arrested relating to some massage parlor case in Los Angeles County or any of the surrounding counties, pick up the phone.  Make the call.

I've been doing this for 26 years.  Ask to speak to Ron Hedding.  I stand at the ready to help you.

Is Solicitation of Prostitution Via Text Illegal?