What to Do About False Sex Accusations Made On Internet?

We are often asked about what someone can do if someone is making claims online that you sexually assaulted or raped them?

This is a more and more common problem when it comes to sex crimes, and that is, people on the internet who have all these options are putting things on there claiming that someone raped them, sexually assaulted them, or inappropriately touched them. The person has to deal with that because people often know who they are.

They can find their social media networks and find out where they live and work.  This could ruin somebody's reputation online. Number two can lead to criminal charges and the person being arrested at home or work and prosecuted and serving prison time. 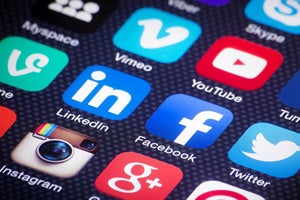 In my opinion, if somebody is claiming that you did something sexual to them in an appropriate, illegal manner – whether it be raped, sexual assault, whether they're underage, whatever the case may be – you've got to hire a lawyer, right away.

It would help if you had somebody who's dealt with this problem before.  You need somebody who can help you not do or say something that will be a problem.

Many people think they're smarter than everyone else, they're going to respond to it online, and the next thing, their response can be refuted in some critical respect. The authorities use the response as a weapon against them to piece the case together.

So now, instead of it being he said/she said situation, it's clearer, plus they have what you foolishly put on the internet trying to defend yourself. Our California sex crime defense lawyers will explain further below.

What is Sexual Battery?

Sexual battery is a California “wobbler,” which means the prosecutor could file the case as either a misdemeanor or felony crime.  A felony PC 243,4 conviction requires typically registering as a sex offender under California Penal Code 290 PC. Sexual battery is legally defined as:

Touching in context means you made contact with an intimate part of the alleged victim directly on their bare skin or through their clothing. California Criminal Jury Instructions 935 list the elements of the crime that have to be proven for a conviction.

What is Rape under California Law?

The serious felony offense of rape is described as non-consensual sexual intercourse using force, threats, or fraud. California Penal Code 261 PC defines several forms of rape crime. There are other names for rape which is defined as follows:

In other words, PC 261 rape prohibits sexual intercourse without the consent of both parties. Further, somebody who initially permits sexual intercourse can change their mind during sex and withdraw it. For a prosecutor to prove PC 261 rape, full penetration of the victim is not required. Even slight penetration is enough for a conviction, and it does not matter if ejaculation occurred.

Defending Your Reputation and Criminal Record

When you're defending yourself, you have to realize that you're protecting your reputation, social media status, and criminal record.  That's where a criminal defense attorney comes in to best advise you on how to respond and whether you should respond at all.

I've been doing this now for 30 years.  I've been around since the internet has been being used to not only commit sex crimes but to attack people and accuse them of committing sex crimes.

What I have you do is come in.  We sit down.  We precisely describe what connection you have to the victim, what happened between you, and what is being said online.

The police allow alleged victims to do that to gather information against you.  There are a lot of questions that have to be answered, and you're not equipped to answer those questions.

You need somebody like me working for you who had gone down this road before and had success, knows what is around the next corner and how to deal with the issues that will come up.

So, pick up the phone now.  Ask for a meeting with Ron Hedding.  I stand at the ready to work for you. The Hedding Law Firm is located in Los Angeles, and we represent people throughout Southern California. Our firm offers a free case consultation by phone at (213) 542-0979, or you can fill out the contact form.