How Much Does a Sex Crime Defense Attorney Cost?

When people get arrested, and they're facing the government, and they're going to have to go into court and deal with the prosecutor, they're concerned about hiring a private lawyer and how much that will cost. Of course, the answer is it varies depending on:

That's something when I sit down with clients, I'm usually able to get a pretty good idea whether the case might go to trial, and I can tell them upfront how much I would charge to do a test.

If it's a case that's not going to go to trial and is most likely going to be some negotiated plea, then obviously, I'm going to look at: 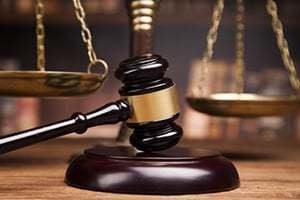 So,  there's a whole host of factors that I'm considering.

The bottom line is, when you talk about cost, what I would tell you is, you don't necessarily want to go with the cheapest attorney when your freedom is on the line.

You want to get somebody that's got experience, that's been around the block.  Anybody can come onto the internet and claim a bunch of stuff.

You have to do some research on them.  How long have they been a lawyer?  Do they practice the type of offense that you're charged with?

In other words, you want somebody familiar with sex crimes who's dealt with the prosecutors. For example, if it's a sex crime case downtown, and it's a serious one, you as an attorney have to know the hierarchy.

You have to know who the head sex crime prosecutor is at the Hall of Justice across the street from the courthouse downtown — how the assistant head is, how it works, what the chain of command is.

So, the bottom line is, it's going to depend on when you're talking about the cost for a sex crime in Los Angeles, what you're charged with and what you're facing, what your criminal record looks like.

I would encourage you if you or a loved one is charged with a sex crime and you're concerned about cost; that's why most lawyers are going to give you a free consultation.

Because they realize people are worried about how much it's going to cost, if you can go in there and talk to them and you're serious about hiring an attorney, then your key is going to be getting someone you feel comfortable with.

One who you can talk with and who you know has the background to defend you or your loved one and get a successful result. So, don't skimp on cost.  Make sure that you hire an attorney who has been around the block.

I charge reasonable fees, but obviously, I'm going to set the amount that I think is fair based on the amount of time that I'm going to put in to defend you or your loved one.

Pick up the phone.  Ask for a meeting with Ron Hedding if you've got a sex crime in Los Angeles.

My rates are reasonable, they're fair, they're thought out, and they're going to depend on several different factors related to your case.