Is it Possible to Beat a Failure to Register as Sex Offender Charge?

This is one of the more common charges that I see for people who have to register for sex crimes in Los Angeles and throughout California.  What they don't realize is, if you've been convicted of a sex crime, the police and prosecutors are going to be real quick to file a criminal case against you if they can.

They don't like people who commit sex crimes.  They're sworn to uphold the law, so when you're going into that police station and registering as a sex offender, the police are looking for everything they possibly can to charge you with a crime potentially.

I had one client who registered for many years because he committed a sex crime and had to register.  One year he forgot to register, and for whatever reason, the police didn't have their tickler system set up, so they didn't realize that he had forgotten to register. To convict you for failing to register as a sex offender in California, the prosecutor has to prove all the elements of the crime listed under CALCRIM 1170 Jury Instructions.

So, the following year came up; he went in to register like he usually did, and that's when they got him.  That's when they looked and saw that he didn't register the year before. 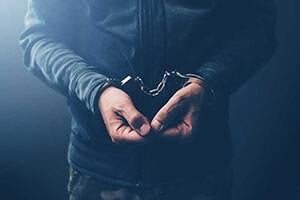 It was a simple mistake on his part, but because of the nature of sex registration and sex crimes, whenever you contact the police, they're going to do everything they can to see if they can get you back in custody.  That's a sad state of affairs, but it's true.  You have to realize that.

The whole point of sex registration is so law enforcement can monitor where you are and what you're doing.  If you're registering at one address and then you move to another address and don't tell them, they don't know where you are.  They think you're in one location, but you're not.

Sometimes people become homeless for some time.  Then you have to register as a transient.  If you don't do that, you're going to get arrested, and a lot of times, you're being charged with a second strike case because many times, people who plead to sex crimes, it's a strike when they plead to it.

So, now you pick up a new felony — now it's a second strike case — the prosecutors are looking for a minimum of 32 months in prison.  So, nobody wants that.

You Didn't Receive Proper Notification to Register as Sex Offender

Then you would have a defense and have a chance to beat a sex registration charge.  A lot of times, these charges are blown out of proportion.  Another way to beat them — instead of trying to get a complete not-guilty verdict, which you can't do every time — is to get some lesser charge. Often, the prosecutors will consider this if the spirit of the sex registration law is not violated.

In other words, the policy behind sex registration, Megan's Law, is that they're able to keep track of where people who are sex offenders are so they can protect the public.

Actual Mistake and Lack of Intent

So, even the public has a right to know where these people are in certain circumstances.  That's the whole spirit — that's the purpose of it.  Suppose you're not doing anything or failing to do something in line with that spirit, and you just made a simple mistake and did something stupid. In that case, a lot of times, the prosecutors, if your criminal defense lawyer can show that to them, will take pity on you, have mercy, and not try to put you in prison for a long time.

If it is a genuine mistake and there's intent there,  many times, these cases can be dismissed, and that's how you would be a sex registration case.  All cases spin on their facts.

Don't let anybody ramble some stuff over the phone to you.  You're going to have to meet with somebody like me who's been doing this for over 25 years, handling many of these cases.

I've seen the good, the bad, and the ugly and know how to deal with the prosecutors and judge when it comes to these sex crime cases because if you don't get in front of somebody like that. You just talk to some knucklehead over the phone who doesn't know what they're talking about, you're going to get wrong information, and you're going to make bad decisions based on that information.

Consult with a Criminal Lawyer to Review Case Strategy

I wrote a book called Know Your Rights, and it has to do with giving you some foundation about how to deal with a sex crime case right from the beginning because if you handled right from the start, then you're going to be in the best position moving forward with the matter.

So, pick up the phone.  Make the call.  We'll sit down, and we'll get your sex crime case.  If you're charged with failing to register as a sex offender under Penal Code Section 290, we will get everything set up the right way so you can end up with the best result.