Aggravated kidnapping is the more severe charge of regular kidnapping defined under California Penal Code 207 PC. So, if you or a loved one is charged with this:

Penal Code 209 PC aggravated kidnapping is one of the most severe crimes in California. No one wants to spend a lifetime in prison, and a lot of times, there are defenses to these cases.

What Must a Prosecutor Prove for a PC 209(b) Conviction?

There's a whole slew of elements (CALCRIM 1203) that the prosecutors have to prove in these cases, but probably the biggest one is that whatever is happening: 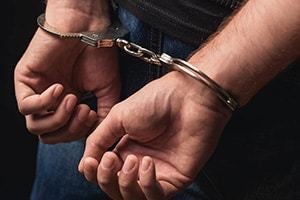 In other words, someone has to be grabbed, moved, and the reason they're moving that person is that they're going to try to rape them in a different location, and then you rape them.

That's going to be a kidnapping for rape.  So, that is the scenario right there.

Of course, what ends up happening is that many different circumstances occur that are not that mold.  Often, prosecutors are trying to jam the situation into that mold.

Let's say, for example, somebody consensually agrees to go into the car, make out with the other person, and then they decide to move to another location to continue so nobody can see them. Both parties are consensual; then a rape ends up occurring.

That's not kidnapping for rape either because it was consensual when the person was moved.

Again, we need the prosecutor's scenario to prove this grave crime that the person is being moved to commit some sort of rape.

Plea Bargain vs. Going to Trial 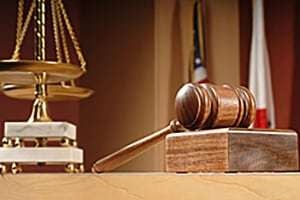 The prosecutors or whether you're going to go to trial.

The biggest question we need to answer is, will you win?

If you're not going to win in kidnapping for the rape case, you want to resolve with the prosecutor because you're likely to get a life sentence in prison.

If you're innocent and it was consensual, you will take that case to trial.

But there are those kidnapping cases for purposes of rape in Los Angeles where it's not clear what happened.

It's mirky about whether or not it is kidnapping for rape versus just a rape case or versus a not guilty plea because the other person was consensual about what happened.

Defenses for Kidnapping for Rape Charges

Maybe they were drunk or intoxicated with some other substance, and then all of a sudden they snap-to, and somehow they think you've taken advantage of them when you did not take advantage of them.

That's a situation where you're going to need a great defense attorney by your side.

So, if you need help, if you're being charged with this grave crime of kidnapping for purposes of rape,

These are the main sections for rape and kidnapping, pick up the phone.  Ask to speak to Ron Hedding.  I've been doing this for over 27 years as a criminal defense attorney.

I've had a lot of success defending people just like you.  Ask for a meeting.  We'll go over everything and get the case moving in the right direction.