What Happens If You Make Threats to Harm Someone for Sex?

This is a serious crime.  You don't see it charged very often, but if someone gets accused of this and convicted, they will likely go to prison.  They'll have to register as a sex offender for the rest of their lives, and they will have some dire consequences.

If you or a loved one is charged with this Penal Code Section 289(a)(1), you want to get an attorney immediately.  This law covers situations where someone makes verbal threats to harm someone to get them to engage in sexual intercourse. 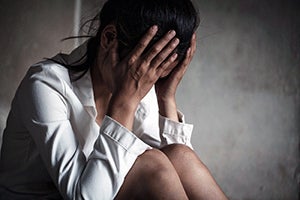 PC 289(a)(1) says: “Anyone who commits an act of sexual penetration accomplished against the victim's will using force, violence, duress, menace, or fear of immediate and unlawful bodily injury will face imprisonment in the state prison for three, six, or eight years.”

Rape does not always involve somebody using physical force. You could be charged with rape if you engaged in sexual intercourse and specific factors are met, such as against their will or without consent. It's also illegal to use fear of bodily harm, retaliation, duress, menace, or fraud.

Penal Code 261(a) says rape is: “an act of sexual intercourse completed with someone who is not the perpetrator's spouse.” A felony rape carries up to 8 years in state prison and a mandatory requirement to register as a sex offender for life.

Even when someone gives consent initially, they could change their mind during sexual intercourse. If they tell you they no longer want to continue, and you don't comply, it's considered rape. Our California criminal defense lawyers will review this law further below.

Mitigation and Negotiation in Rape Cases 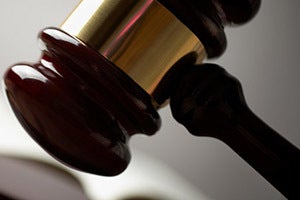 If you do, we can take the case to a jury trial.  You're done if a jury finds you or a loved one not guilty.  You don't have the chance anymore and can move on with your life.

If, on the other hand, they have evidence that you've committed this crime, then we've got to assess the case – look at the pros and cons of fighting it – and if we decide it's not an intelligent thing to do, to fight the case, then what we'll do is try to work out a negotiated plea.

Part of that will be putting together what's called a “mitigation package.”  The prosecutors are going to be looking into cases like this:

If they believe you will, then obviously, they're going to give the harshest punishment they can and the most protection for the public.  That means sending you to prison for an extended period and making you register as a sex offender for the rest of your life.

These are the harshest weapons the prosecutors and judges have when it comes to severe sex-related offenses in California or anywhere in the nation. So, we're going to need to put together a mitigation package.  That is going to include.”

Another big thing that we do is we'll probably have a psychologist or psychiatrist examine you, run tests on you and provide a report for the prosecutor and the judge assessing your dangerousness to the community – whether or not you might do something like this again to see if you're going to be a recidivist.

We will also have him do a static 99 report, which assesses your danger level regarding sex-related offenses, giving you a score.  It's a standardized test.

If you can get a low score on this, we can use it to try and make a powerful argument on your behalf to keep you out of prison and avoid other bad penalties that could go along with this type of offense.

Several statutes are related to the crime of Penal Code 261 PC rape, such as:

This type of offense is fact-specific, so we'll have to look at what evidence the prosecutors have that you threatened somebody to engage in sexual intercourse.

These are all things that need to be looked at and assessed in deciding precisely what the best course of action is for you.

So, if you need the best, you've come to the right place.  Pick up the phone now.  Ask for a meeting with Ron Hedding.

Let me put my experience to work for you. The Hedding Law Firm offers a free case evaluation by phone or use the contact form.