Prosecutor’s Use of Prior Allegations in California Sex Crimes

Can the Prosecution Enter Evidence Regarding Past Misconduct or Alleged Sexual Assault Allegations to My Current California Sex Crime Case? The answer depends on the evidence the prosecution is trying to get in.

Unfortunately, if you're charged with a sex crime and have prior conduct similar to the type of conduct alleged in the current case, California Evidence Code 1108 allows the prosecutors to use that prior conduct as evidence against you. However, there are some limitations and a whole host of requirements for doing so.

Your defense attorney can object to the evidence being used at trial by filing what's called a motion in limine, which is a motion that tries to block the evidence from coming in, and the judge will rule on it before the trial.

I've had cases where my client had ten prior allegations of different types of sexual behavior that the prosecutors were trying to enter into evidence for a Los Angeles criminal trial, but the judge only let five in.

Allowing prior conduct to be used can quickly go overboard and create prejudice against the defendant before the trial begins. Unfortunately, our legislature allows this to a large degree in sex crime cases under the theory that:

Prior conduct can be very damaging to defendants. Jurors do not like defendants who have a whole host of previous behavior, which tends to spill over into the criminal case.

As a result, if you or a loved one is charged with a sex crime and the prosecutors are trying to get in 1108 evidence against you, make sure you hire an attorney like me who's been practicing now for 27 years and has handled these types of offenses successfully.

Use of Prior Sex Crime Cases That Were Dropped

If a previous sexual assault case was dropped or proven false, will the prosecution still try to use that against me? Yes, the prosecutors will always try to bring in these other cases because priors support their allegations against you.

The question is whether the judge will let these other cases in:

If, on the other hand, the allegations were simply investigated but didn't produce enough evidence to prosecute you, that's not going to stop those charges from coming in during your current case.

The prosecution does this all the time—they get a bunch of weak cases and use those in a new chance to secure a conviction against a defendant.

When the judge decides whether to allow these prior allegations to be used as evidence, they will consider whether the conduct seems to be a standard plan and scheme or whether the defendant is doing something similar or the same as previous cases.

Use of Non-Sexual Related Charges

Can the prosecution bring up other non-sexual charges against me, such as an assault charge or a burglary charge?

In a sex crime case, it would be doubtful for the prosecution to bring up non-sex-related offenses unless they can somehow make a tie-in between the current issue and the prior offense. 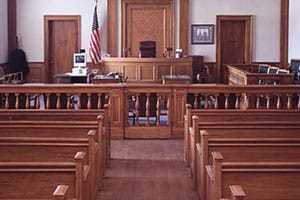 Under Section 1109 of the Evidence Code, prosecutors can sometimes use offenses involving violence to mount an argument that your prior violent conduct can come in against you in the current offense. It's much more challenging to get this type of evidence in. If it were my case, I would be:

The prosecution's case should rise or fall on its own merits, which is the defense's biggest argument.

In other words, the prosecutors are only trying to use those other cases because they don't have the evidence to prove their current case.

When their position stinks, they'll try anything they can to dirty the defendant, to impugn their character, to get a conviction. All the more reason why a reasonable defense attorney fighting on your side to block that evidence is critical.

If the alleged victim has made allegations that proved to be false before, can we use that information in the current sex crime case?

In Los Angeles, California, there's something called a rape shield law, intended to protect victims involved in past incidences from having the defense use that against them in the current case.

If the defense were to try to get evidence of the alleged victim's prior allegations, the prosecutor would cite this rape shield law.

It's up to the defense attorney to navigate around the rape shield law by casting doubt on the current case due to the false allegations made previously.

However, the defendant's only chance of getting this evidence admitted into the current trial would be a skilled defense attorney researching the last case and being ready to confront the alleged victim with this information on the stand.

When the prosecution objects, the defense has to be ready to convince the judge to allow the false allegation as evidence for this particular sex crime case.

You can put yourself in a better position by hiring an attorney like me who's been doing this for a long time and has successfully challenged this prior evidence from coming in. 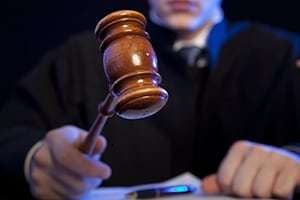 It's important to remember that prior allegations are incredibly damaging in a criminal jury trial. Los Angeles jurors tend to believe that where there's smoke, there's fire.

If you've been accused of a sex-related offense in the past and you have a new crime now, it's more likely than not that you will be found guilty.

You want to do everything you can to block that evidence from coming in.