Child molestation cases are probably among the most severe cases filed by Los Angeles prosecutors. They're often trying to seek prison for those individuals who get themselves arrested and prosecuted for these types of sex crimes. As far as how long in prison, it will depend on several factors because each case will have unique facts and circumstances.

They're going to see how old the child is. What impact does it have on the victim?  The age difference between the victim and the defendant.  So, there's a whole host of factors that they're looking at when deciding what to do. See CALCRIM 1122 – annoying or molesting a child.

And of course, the legislature has also stepped in and put punishments for certain offenses.  For example, you could be looking at a life sentence if the victim is young enough and if the child molestation is going on a long time — throughout a period — and there are multiple occasions of it.

This is a big hammer for the prosecutors. If they could potentially get 15 to life, for example, or 25 to life, then the person is potentially looking at never coming out of prison again.

Then when they sit down and negotiate with that person and make them an offer to settle the case, if it's not a life offer, the person has to seriously consider it because of the potential downside of going to trial and losing. 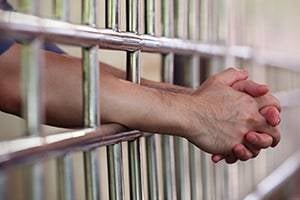 So, if they think the person should get ten years for what they did, they will come up with charges and even enhancements and special allegations to work out a deal where they offer the person ten years if they agree to plead guilty to certain charges.

A lot of people don't understand this. Still, it makes sense if they think a certain amount of time is an appropriate amount of time, then obviously they will maneuver things to make that a reality, and then if the person doesn't take the ten years, for example, and the person is looking at life, and they will take the offer away.

They will try to prosecute the person and get the highest sentence they possibly can.

Punishment in sex crime cases has gone up significantly. Specifically, in molestation cases involving children or young adults, the prosecutors show no mercy. They've got the judges behind them when it comes to seeking harsh penalties for these types of offenses.

Also, sex registration is a big thing in these molestation cases because people who have children want to know who's living around them in their neighborhood to protect their children.

The whole concept behind Megan's Law and the Megan's Law website is that people know who the child molesters are and who the sex offenders are, and they can take the appropriate step to protect their families.

So, this I another significant punishment that is doled out, which is making the person plead guilty to a crime that causes them to register as a sex offender and also causes them to be put on the Megan's Law website so police and the public can track them can know who they are and where they are.  This is another massive punishment in addition to many years in person that prosecutors can seek in molestation-related offenses.

So, you're the best bet if you're charged with a molestation case, or you have a family member who's been taken into custody with a high bail and is looking at a lot of time in custody is to sit down with an attorney.

Give them all the accurate information you know about the case, and then start to discuss some of the possible punishments with the attorney if you're going to have to plead guilty in the case because the prosecutor has the evidence against you.

Penal Code 288a – Oral Copulation with a Minor

That's another thing you want to discuss with the attorney — what evidence is vital in a child molestation case to prove the case because then you can evaluate what punishment range the person falls in because you're looking at what they're going to be charged with.

You're looking at the possible time in custody of specific charges.  You can't just generalize in molestation cases.  You have to look at all these factors that I'm mentioning, and then you have to talk to the attorney.  You have to see who the judge is, who the prosecutor is, where the courthouse is.  It makes a big difference.

As I write this post, at least 25 courts in Los Angeles spread over a vast area, and some are harsher on molestation cases than others.  You can bet that all of them are going to be tough punishment-wise.

But there are specific courts where you know that the head prosecutor there has micro-managed the molestation cases and will make sure that people get their punishments in these cases, even more harshly than the rest of Los Angeles County.