What Could Happen if You’re Caught Sexting with a Minor?

Sexting is a widespread charge in today's day and age because many minors are on the internet.  Many adults are going into chat rooms and various other social media vehicles, and they come across a minor.  Sometimes they know it's a minor, but sometimes they don't. Other times they are not sure.

California Penal Code 288.2 PC prohibits sending a message to a minor if the message is intended to arouse or seduce the minor sexually.

On the other hand, there's a good argument that maybe the state government will deal with that.  Any time you're sending something over the internet, you have a chance the feds might get involved.

So, suppose you or a loved one has been arrested or is being investigated or prosecuted for sexting with a minor, any of the situations where nude photographs are being sent back and forth between an adult and a minor. In that case, it's a dire situation.

The first thing we have to figure out is whether or not the police and prosecutors have the evidence to prove that you're guilty.

The next thing is, if they do have that evidence, then we're going to need to figure out what we can do to mitigate the situation because what the prosecutors are looking at is whether or not you're going to be a recidivist.

Are you going to do this again? When they've got you the first time doing something wrong with a minor, they will give you a chance, especially if the minor is close to 18, you have no criminal record, and you can get an excellent psychological report.

Defenses Against Sexting Charges in California

Sometimes there's a defense to these crimes.  If you never see the minor, then you have a chance to argue that you didn't know this individual was under the age of 18 because many of these websites say that you have to be at least 18 to go on them.

The primary way the police counter that is, they will look through all the text messages, all the communications, speak to any witnesses involved and try to get someone to acknowledge or find evidence that you knew that the person was under the age of 18.

Sometimes it's said right in the text message, and the person acknowledges it and still deals with the person.

It's frustrating because they'll pretend that they're 18 years or older. Then suddenly, in the middle of the conversation, when they've got the guy all excited, they switch. 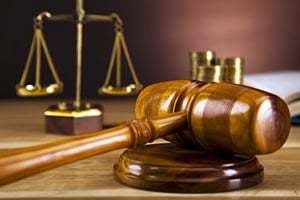 They will know that they're underage, and now the person is supposed to say, well, if you're underage, I can't deal with you.  Instead, they foolishly set up a meeting with the undercover agents.  That's it.

Now they've got the evidence against you.  You're going to get arrested.  Now you're facing all of the bad things that can come with a sex offense like this, like registering as a sex offender and going into custody.

So, if you need help, you've come to the right place.  Pick up the phone.  Ask to speak to Ron Hedding.  We'll sit down and go over defenses for sexting and get a game plan together that makes sense for you and your circumstances to protect your rights, your freedom, and your reputation.