What Are the Best Defenses for Pimping and Pandering?

This is a very commonly charged crime throughout California – Los Angeles, Orange County, San Bernardino, Riverside, and it often involves underage women. Of course, prosecutors are vicious regarding those types of offenses.

California Penal Code 266h and 266i PC pimping and pandering are serious felonies as they involve the unlawful trafficking of other people for commercial sex, which means exchanging money or other items of value for sexual acts, i.e., prostitution. 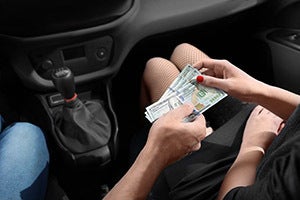 Pimping and pandering are so closely related that they are typically charged together, even though they are separate crimes. There are some differences between these sex crimes.

PC 266h pimping refers to someone receiving the earnings of a prostitute. It's defined as the crime of receiving all or part of the proceeds of another person's work as a prostitute.

In contrast, PC 266i pandering refers to someone who persuades another person to either become or remain a prostitute.  Receiving money is not a part of pandering, but it deals with convincing or persuasion.

To be found guilty of felony pimping, it has to be proven beyond a reasonable doubt that the perpetrator received financial support from someone who was engaging in prostitution or received or attempted to receive compensation for locating their customers.

In the classic pimping example, a pimp receives a portion of a prostitute's payment from their customers, called a “john.” Our California sex crime defense lawyers will look at this topic further below.

What Are the Penalties and Related Crimes?

Pimping and pandering are felony offenses under California law, with a maximum penalty of 6 years in state prison plus fines and fees.

A pandering charge can't be reduced to a misdemeanor. If the victim was a minor under 18, the penalty increases to 8 years in state prison. There are numerous related crimes, such as:

The answer to the query as to whether there's a defense to pimping and pandering is, of course.  There's always a defense to every crime.  You can make the argument that you did not commit the crime.  You don't know the people involved, and you're innocent.

If you can't make that argument, we look a little bit deeper into what type of defenses might be available in a pimping and pandering situation.

First, if it involves an underage girl, you can argue that you had no idea how old the girl was.  You thought she was 18 years or older.  Maybe she showed you a fake ID.

Maybe she was on some site that you met her and had to be 18 years or older to be on the site.  It could be a whole host of things that would protect you from the actual serious crime of pimping and pandering to a minor.

You still could be on the hook for the general crime of pimping and pandering, which has to do with somebody profiting and assisting and being in charge of a young woman who is involved in prostitution.

What is a Modern-Day Pimp?

Now, it gets a little bit more complicated these days because we don't typically have the pimp that we stereo-typically think of who is beating the women, taking all the money and in charge of everything, standing near the women on the street corner, following her to appointments. 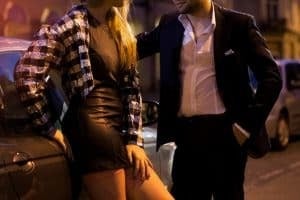 That's not the usual pimp in today's modern pimping and pandering world.  There are pimps like that, of course. Suppose you're being accused of being one of those pimps.

In that case, you certainly want to get the best defense you can because you will face state prison, potentially registering as a sex offender depending on whether or not underage women are involved, and a host of other problems.

But the pimping and pandering cases I'm seeing are guys who are somehow connected to a woman who is a prostitute and benefiting in some way.  I had one guy who was an Uber driver.

He knew that the woman was a prostitute, and he was taking her to and from her appointments.  The prosecutors thought he was more involved and charged pimping and pandering.

Their theory was if you're taking somebody, assisting them, and benefiting in any way, you know they're involved in prostitution. You will be held accountable as a pimp even though it might not fit the classic stereotypical version of a pimp that we know.

What is a Romeo Pimp?

Another version of a pimp that I see out there is what's called a Romeo pimp.  That's somebody:

I see these cases filed just like the regular pimping and pandering cases.  The prosecutors will often be a little more reasonable with these individuals because there's no violence.  Typically, the woman is getting part of the money, and a lot of these women are predisposed to commit prostitution.

What Are the Defenses for Prostitution Cases?

This is where you start to talk about defense in a prostitution case.  Look, I'm not the one setting up the woman with these Johns or dates for money.  She's doing it herself. 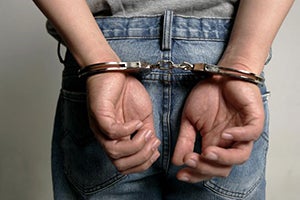 I'm not the one posting advertisements on these various media outlets that the woman is using to get her dates, and of course, if you can prove that you're not her pimp, you're not gaining any money from what's going on, you would undoubtedly have a defense.

If you're looking for the best criminal defense attorney, I suggest you've come to the right place.  I've been handling these cases now for 30 years.

We have a meeting.  We sit down and go over everything, and we figure out what the best strategy is.  We have to look at what evidence the prosecutors and police have and what evidence we might have to counter their evidence, and then we can honestly evaluate whether or not you've got a good defense.

It can't just be a partial defense.  We need a complete defense because if you get convicted of the crime, you'd still face a minimum of three years in prison for pimping and pandering.

If you need the best, pick up the phone now.  Ask for a meeting with Ron Hedding.  I stand at the ready to help you. The Hedding Law Firm offers a free case review by phone, or you can fill out the contact form.